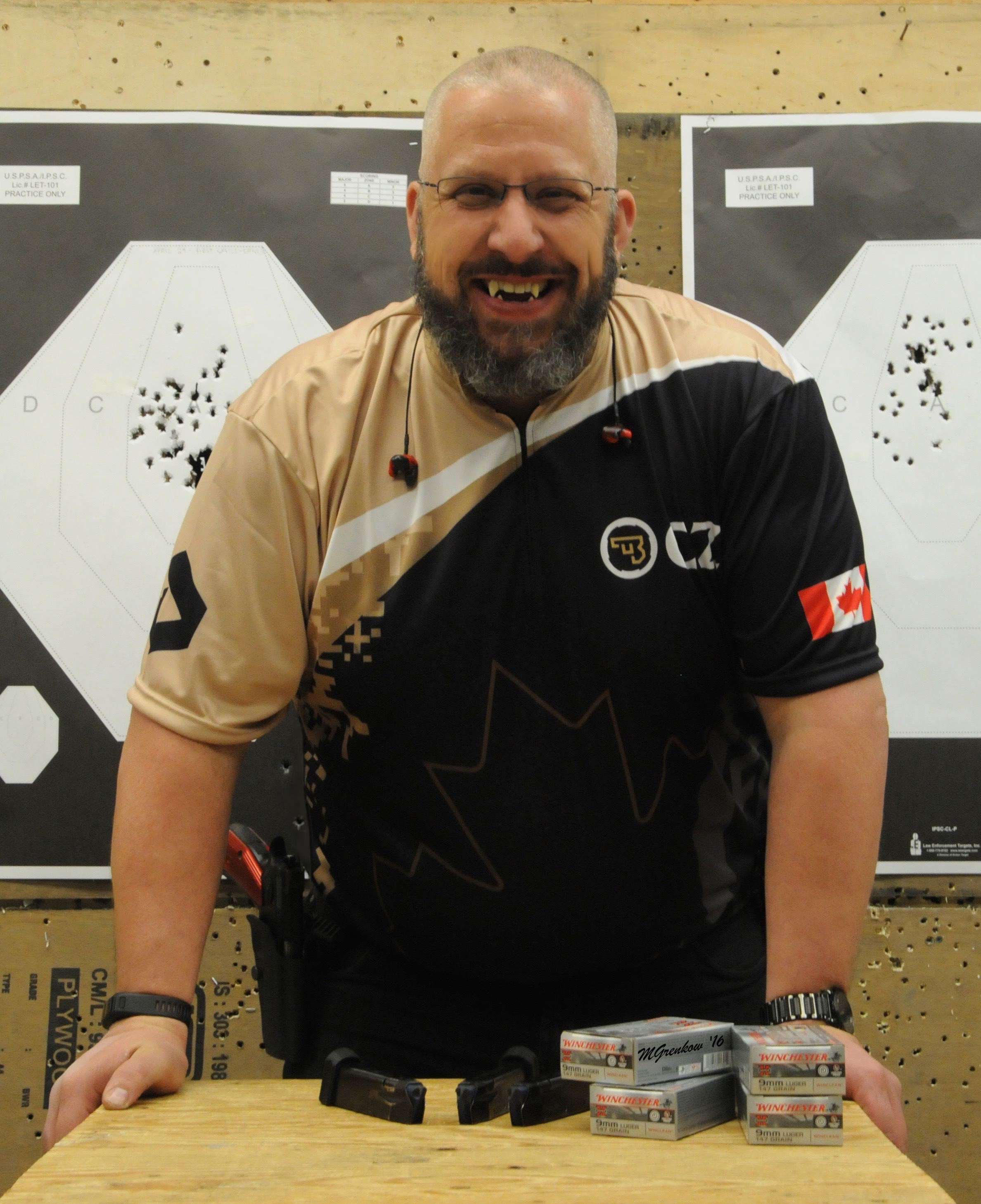 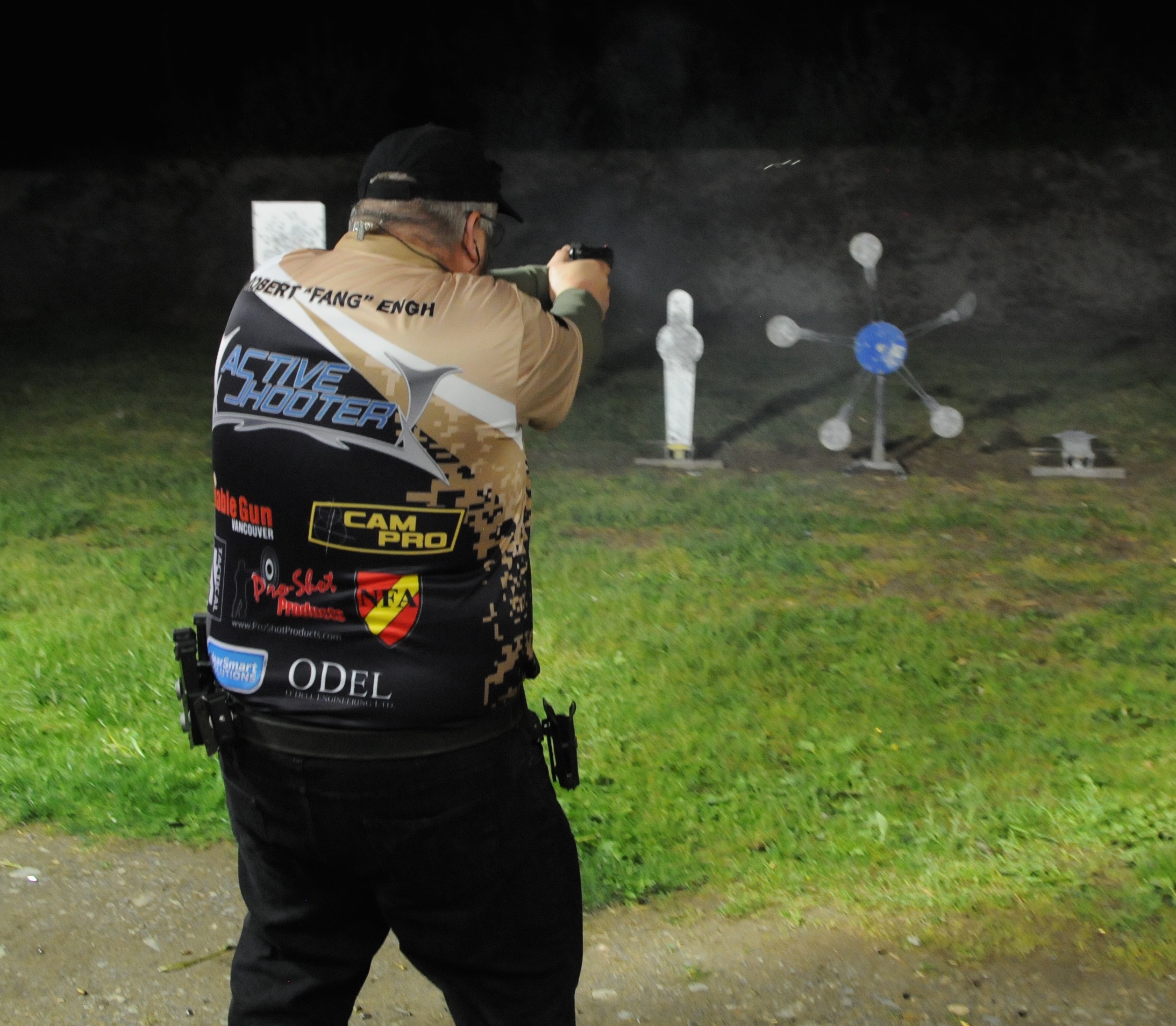 Ask an IPSC shooter to name a competitor who has left an unforgettable impression on both themselves and their sport, and odds are the choice will be Robert 'Fang' Engh. Be it his trademark 'vampire' grin and winning sense of humour, or viper-like reflexes and mind-blowing accuracy, Robert is known and respected the world over.

Engh's love of both firearms and martial arts has been lifelong.  Growing up on his family's farm gave Robert the opportunity to learn shooting skills at an early age, but his involvement in the sport as a competitor came relatively late.   A swift study, Engh's climb up the IPSC success ladder began in 2000 with sponsorship support from Beretta Canada (Stoegers).  Though pistols were his primary interest, the Beretta connection enabled Robert to use - and win with - a Sako TRG in tactical rifle competitions throughout British Columbia. Yet it was the match-tested CZ Shadow that helped Rob make the decision to ally with the Czech firm, where he easily gained a position on CZ Team Canada.  Marrying the Shadow's engineering excellence with Robert's focus, dedication and sheer brute talent led to hundreds of match wins across Canada - and though a Nationals victory has eluded him to date, it is certain to only be a matter of time before this title is also his.  Studying under the likes of Todd Louis Green, Ernest Langdon, Ken Hackathorn and Todd Jarrett, Engh has experienced considerable success at venues throughout Europe, the Caribbean and South America, as well as representing Canada as part of the Production team at two of the three IPSC World Shoots he has attended. Though training and competing take up much of his calendar, Engh still finds time to teach and mentor students at all levels, many of whom take advantage of his twice weekly classes at his home range in Abbotsford, B.C.  His easy-going disposition and infectious smile immediately puts novices at ease, while his overall knowledge of all things firearm has assisted law enforcement and military personnel attain even higher levels of proficiency.  And while many of today's IPSC "success stories" owe their skills to Robert's teaching methods, it is his never-wavering belief in paying it forward that earn him additional deserved accolades. When Robert isn't at a range he can be found cleaning guns, reloading ammo or - if weather permits - taking a spin on his Harley.  Never one to sit still or take something for granted, Rob will tinker and experiment endlessly to get something "just right".

Bringing all this and more, Robert looks forward to his association with Pro Shot Products, and will represent them with pride.
Follow Pro-Shot
on Facebook
&
INSTAGRAM
Pro-Shot Cage Code: 5QGZ6