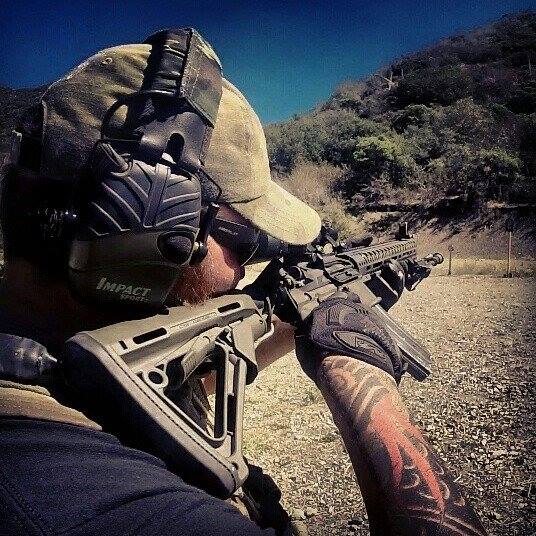 My name is Daniel, but most call me by my last name WOLF.  I have been shooting for about 12 years total, and started shooting competitively 3 years ago.  I have been shooting since I was 12 years old.  The first gun I ever shot was a black powder revolver, believe it or not.  I practiced with that for a while and my dad always said, "If you can shoot accurately with this, everything else you shoot will be a piece of cake."  I started competing in IDPA with my Glock 21, and after few months went straight into IPSC shooting using my Glock 17.  No more than a year later, I was introduced to the 3 Gun world and now that is my favorite style of shooting to compete in.  I have undergone many years of training in real world scenarios such as room clearing, team drills, force on force, and other styles of tactical training, but competition is where I belong.  I currently shoot in Open Division for 3 Gun because I want to compete against the best, in hope that one day I will be the one they look up to.  I am currently overall ranked in 3 Gun Nation as being 134 out of 33K members. I compete every single weekend, while also working at The Shootist, a gun store, in Murrieta, CA.  My entire world is based around guns and I couldn't be happier.  I want to thank all my sponsors for giving me a chance and believing in me, for without you, there would be no me.